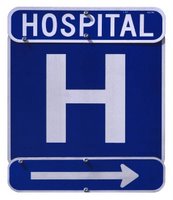 times more likely to die than patients who did not acquire infections, according to a report by the Pennsylvania Health Care Cost Containment Council (PHCCCC).

Researchers examined data on patients with commercial health insurance from 180 hospitals. Pennsylvania is one of six states that has enacted laws requiring reporting of hospital-acquired infections. None of the other states have collected or published their results.
For 2004, the researchers found:
Marc Volavka, executive director of the PHCCCC, says the increase in cases from 2004 to 2005 can be attributed to improved disclosure. Nationwide, hospital-acquired infections increased U.S. health care costs by an estimated $25 billion for 2005, according to the researchers.
__________________________
Gary Moller Comments:
In 2004, the infection rate was 3.9%. For the first 12 months of 2005, the rate was at least 5%, which is probably closer to the mark. Hospital-acquired infections is a gorwing problem world-wide as bugs become increasingly resistant to antibiotics. Hospitals are at the front line of this losing battle.
In my previous occupation in rehabilitation, I do not recall any patients prior to about 1995 being referred for therapy following hospital-acquired infections. From about then, there was an increasing stream of patients who had suffered terrible injuries from infections following surgery. This surge in hospital-based infections is due to the fact that hospitals are perfect breeding grounds for antibiotic resistant bugs such as Golden Staph.
Despite the improvements in reporting, I believe we are still do not the true extent of infection rates - at least not in New Zealand's hospitals. Example: I was visiting a hospital recently. One patient I was visiting had "shingles" following surgery and was on intravenous antibiotics. Another post surgery patient I visited just a few door futher down the corridor also had "shingles" and was also on intravenous antibiotics. In both cases, the shingles was mostly affecting the legs that had been operated on. "Shingles"? Coincidence?
Shingles is a virus that attacks the peripheral nerves and commonly shows as a painful rash about the trunk. It cannot be treated by antibiotics. In both these instances of shingles, I believe these post-surgery patients had acquired antibiotic resistant bacterial infections in their lymphatic systems. I have seen other cases of shingles and I just could not believe that these hospital patients had shingles.
This begs the question of whether some cases of hospital infections that maim and kill are being classified as something less serious and much less alarming?
Patients must be aware that hospital-acquired infections are a serious risk that must be taken into consideration when entering hospital for any reason. The best advice I can give for prevention is this:
at Monday, April 24, 2006

take a good supply of anti oxidants into hospital with you to keep your immune system in full fighting order, especially vitamin C, if you do get an infection then increase the anti oxidants especially vitamin c, you can take tens of grams of vitamin c if you have an inection.
also have people bring in fresh fruit to eat and not junk food.
fatty and sugary diets hinder the immune system.
zinc is very good for speeding recovery from operations.

a friend who started working in a hospital had his child start to suffer from repeated infections at home, frequent washing of his hands alleviated further infections.
antibiotics wipe out white blood cells making anti oxidants to beef up the immune system especially important.
The wards in have liquid antiseptics available on the wards and people are encouraged to use them so take advantage of using them. they are self evaporating so dont require water or drying of the hands afterwards.
If you ever visit anyone in hospital wash your hands once you are in the ward and when you leave.