SPARC TO REVIEW CO-ORDINATION OF FUNDING FOR SCHOOLS 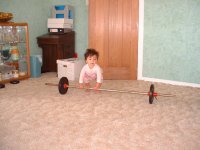 Sport and Recreation New Zealand (Sparc) has rejected a suggestion it is spending too much on elite sport to the detriment of the grassroots, saying it believes it has got the mix right. But Sparc chief executive Nick Hill agrees issues involving funding of schools' sport will have to be addressed.

Secondary Schools Association president Graham Young has said Sparc would do better to look at its own performance at delivering funding in a timely and reasonable manner, rather than focusing on how many medals New Zealand wins at future international games after a poor return at the Melbourne Commonwealth Games.

Gary Moller Comments
When a teenager, I played tennis with my two brothers just about every day – even in the rain. Every little community in New Zealand had at least one tennis club. Back then, New Zealand was a strong competitor on the international tennis scene. New Zealand Tennis, as I recall, concentrated most of its resources in its elite tennis programme – Davis Cup to be exact. Clubs were largely left to look after themselves with little input or assistance from the governing body.
By the mid 1980’s New Zealand Tennis woke up to reality: its base of clubs had fallen into a near terminal collapse of disrepair and declining numbers and, with that, their supply of talented new players had all but dried up. The consequence of this neglect is weed-infested tennis courts in just about every town and we had dropped right down towards the bottom of international rankings.

The peak of a sport's pyramid is dependent on the width of its base. Erode away the base and the peak will eventually be lowered. This is what has happened with tennis and we can see the same happening with other sports like athletics. Of course, the solutions are not simple and sports with a huge base will still struggle if the structures are not in place to nurture their youngsters through to the senior grades - NZ soccer would be a good example of this.

I agree with Graham Young that there is disproportionate funding going into the elite grades and not enough is being done to halt the catastrophic loss of clubs, or to ensure that structures are in place to nurture youngsters through to senior grades. We need to get a move on: As one senior sports and recreation official quipped to me a few years ago; "Sports clubs are closing at about the rate of one per day".
at Monday, April 10, 2006

similar in running the no of registered athletes ahd declined 90 % in ten years,
although socccer is the opposite massive numbers involved at junior level, more than rugby, parents wanting their kids in a sport they feel is safr than rugby for injuries.
yet at the senior level the numbers playing die of dramatically, I"ve heard people comment about problems in the senior organisation.
at school swimming was very popular, and they also shone on the track at regional level, again though the swimmers left the sport in drives before their teens were out opting for more social activities like surf life saving.
when i grew up in the seventies, there wasnt weekend shopping, there were no computer games, students didnt have to worry about earning large amounts of money for an education. few kids had cars. for leisure we were more likely to be playing a range of sports with the neighbourhood kids, developing skills and interest in those sports, which probably contributed to a higher participation in organised sport.
we only had one car in our family so often I had to get myself around, walking cycling and running everywhere, which developed my interest in those activities further, I already had some fitness before taking part in sport. it was unusual for kids not to be involved in organised sport most parents encouraged it.
Lydiard tried to get programmes going getting kids involved in sport but he never received the backing he needed, he saw the importance of putting the energy of youth to better purposes to keep them out of trouble.
Money spent bythe government on developing health of our youth should be seen as an investment. we spend a tiny fraction in this field in comparison to what is spent on providing the ambulance at the bottom of the cliff In Health spending.
statistics for obesity are climbing in proportion to the decline in physical activity.
I have worked in middlemore hospital in south auckland and have been staggered by the amount of obesity at all ages I have seen. a specialist commented to a patient it was a pleasant surptise to see a patient whose problem didnt stem from obesity,
an attempt has ben made to boost the amount of time spnet on physical education in schools, it met with massive opposition because it would confilct with curiculum time,
Statistics prove that physically active people are more productive at work than non physically active people, some companies pay workers to exercise in company time with this knowledge. sedentary people are three times more likely to develop chronic depression, they experience greater stres levels than physically active people.
the death of our sports clubs signals the declining health in our population, lower quality of life and premature death for young.