True Confessions: "I was a school bully!"

A Christchurch father and former strongman convicted of assaulting a schoolyard bully is blaming the primary school for failing to take any action on bullying.


I confess; I was a bully at school.

When I was five years old I picked on a little boy at school named Gordon. I kept dumping him and tripping him up. After about a day of this naughty behavour, I was visited in the playground by his big and very menacing cousin, Butch, who later represented the NZ Maori in rugby. Butch grabbed me by the neck and began tapping my skull against the brick wall of the playground compound until my little pea brain rattled inside. He told me off and did not stop banging my head until I promised that I would never pick on Gordon ever again. I quickly agreed and never ever touched Gordon again. Gordon has been a close friend ever since.

What surprised me and what still interests me about this incident is, despite the head-banging and the size of Butch, I did not cry or run off looking for Mummy. I quietly took Butch's medicine and changed my behavour for the better.

We were raised in Putaruru during the 1950's and 60's. It was a tough Central North Island timber town of about 6,000 people and there was a lot of fighting. The men were real men and the women were - well... Let's just say that they were polite - on the surface anyway. There were six kids in our family. It was fortunate that I had my brothers and sisters because they gave me plenty of fighting practice out of school. I was very good at dumping people and quickly getting them into arm-breaking holds, or eye-popping headlocks. I was little; even today, I only weigh about 62kg, so I was going to be a natural target for school bullies.

My father was a tough man by any standards. After the war he had a stint as a professional boxer. He packed a bell-ringing punch. His solution to adversity was to attack, no matter the size or the numbers against him. Gosh! He even had a punch-up with our towering and grizzled neighbour who also happened to be the local Police Sergeant. Dad believed that bullies were nasty cowards who seek out weakness in others. Cower to a bully and they have you where they want you and things will only get worse. Life will be Hell. They will rob you of your dignity and everything else. If I was ever to give in to a bully, I would have had to answer to Dad and that was never an option worth considering.

At about 13yrs old, I was being picked on by a big boy named Bruce. It came to a head one day in the main street of Putaruru. I fought back and somehow managed to get him into an armlock to have him face down on the ground. He would not submit and I sure was not going to let him go. Stalemate. This was finally broken by a wee sandfly that settled on his nose. That little fly was on a mission. Blow as much as he could, it would not budge. Cross-eyed, he watched that little bloodsucker swell to three times its normal size. He began to cry. I let him go and ran off to a safe distance. "I'll get you Moller", he yelled, shaking his fist at me; but he left me alone from then on. Bruce later became a detective in the Australian Queensland police during the notorious period when Aborigine prisoners had a bad habit of leaping to their deaths from high places. Bruce had found the perfect job.

Secondary school in Putaruru was really tough going at the best of times for many kids with lots of teasing and bullying going on. One big boy started picking on me, poking me in the back at assemblies and teasing and taunting all the time. It was unbearable

and his cronies were now joining in. They were taking control of me and I would soon have Dad to answer to. So, one day after school, I attacked him and we had a real ding-doing scrap in the middle of the street with a big crowd of onlookers. I won and he walked off crying and shaking his fist at me. "I'll get you Moller". After about a month of hollow threats, they finally stopped and he became one guy that would back me anytime I needed support. I had won his respect by standing up to him.

Dad taught me well. He taught my brothers well.

My younger brother,Gordon, is about the same size as me. He was studying at Otago University the same time as I was down there. One dark evening we came across a huge and raucous, beer-swilling crowd on the grass slope outside one of the girls' hostel. Two cars were parked up on the slope with their headlights on full. In the headlights was a naked young man being shoved about by a gang of men. They had doused him with buckets of kitchen waste and were forcing him to roll about in the foul muck much to the glee of the the girls who crowded the hostel windows above.

Gordon said to me, "This is not on", and shoved his way through the crowd with me in a very reluctant tow. He went straight up to the ring leader and dumped him to the ground! "Cut it out!" he ordered. I wanted to run; but stood firm, trying to look suitably tough - After all, he was my little brother and I was not about to be publicly shamed by him. I thought we were going to be next for the public pig-roll! There was silence, other than the hum of the car motors.
"Aww - we are only having fun", the bully whined at Gordon as he picked himself up from the ground. Gordon then turned to the naked man who was still lying in the muck like a frightened little piglet. "Well, are you having fun, or do you want to come with us?" Gordon asked.
"I am ok" he whimpered. (Yep; bullies sure can smell out weakness and here was a beauty)
Without any hesitation, Gordon turned on his heels and walked off, calling out as he left, "Well,

you had your chance - suit yourself" and we were off. Much to my relief.
As we walked off into the darkness, the crowd roared back into life and the humiliation continued.

As an aside; these educated and well connected bullies are probably captains of industry, commerce or Government nowadays. People like these make life hell for others, they think only of their own immediate 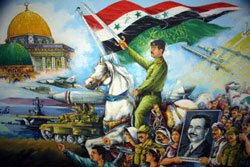 personal interests and glory and they care little for the predicament of others.Conclusion:
Bullies need weak people to prey on. They grow up to become over-bearing leaders and bosses; they become control-freak wives and husbands, sexual predators, bad cops, heartless robbers and war mongerers who lead from the rear. Bullies are a fact of life; they have been around for as long as there have been humans. No anti-bullying policy is ever going to make the problem go away altogether. Take the case of pre-war Brit PM, Neville Chamberlain who proclaimed, "Peace in out time", upon returning from negotiations with super-bully, Adolf Hitler. How wrong he was.

In the Christchurch case, the girl's Dad should not have intervened: Instead, he should have given her the skills and the confidence to stand up to that big bully with a show of strength. Seldom does it ever require one to actually physically fight.

Yeah. Parents can sure teach kids a lot. My father was a British army sergeant in WW11; a big, gentle guy who'd rather read a book than talk about himself. In the British army he'd been rather good at boxing, apparently.

When we were kids of about 13, we'd been to the movies in downtown Auckland on a really wet night, at the old Civic Theatre. A carload of hoons in a "hot" Ford Zephyr came careering down Queen Street through puddles of water, completely soaking bystanders, who they mocked and laughed at.

My father, who spoke with an "Oxbridge" accent and worked in a suit for the British consulate, glared at the youths. One said something like "What're you gonna do, Grand-dad?" (Even though he was about 53 then, he still had dark hair: he was older than them, though!)

My brother looked at me, and I looked at him. We needn't have worried. The old man had seen idiots like this right through his army career.

He went round to the driver, stuck behind the wheel while the crossing was full of pedestrians, grabbed him by both collars and went "Thunk" with his scone into the roof of the car, while letting the rest of the kids know what was coming in army language we never even knew existed!

Then, having made his point, and while the quiet carload contemplated their immediate future, he came back to us and said "Not a word to Bessie" (his nick-name for Mum).

We never told Mum a thing, but to this day I NEVER let a bully off lightly, ever, and I've never come off second-best.

Your Dad and my Dad both saw first-hand the effects of this sickness as they went into bat against the ultimate bully, Adolf.

Keept the blogs going Gary, and let's preserve what made New Zealand great!