Here are several Olympics photos sent to me by 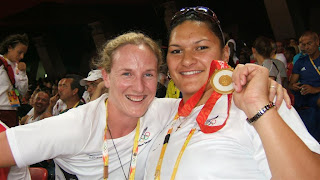 New Zealand Champion Heptathlete, Rebecca Wardell. Rebecca finished a respectable 23rd with her 2nd second best score of 5989, an agonising 11 points shy of 6000. I have helped Rebecca in a very small way with her nutrition.

Photo One: Rebecca with Olympic shot champion - NZ's Valerie Villi
Interestingly, the Ukranian woman who got silver in the Olympic heptathlon has failed a drug test. So Rebecca will now be in 22nd spot 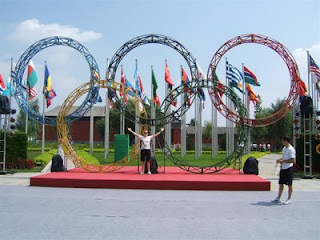 Rebecca is ranked in the top four in the Commonwealth and currently ranked 7th on the IAAF World Combined Events Challenge.

Isn't it wonderful to see these joyous photos of an athlete having an absolutely delightful ball at the Olympics despite not winning! 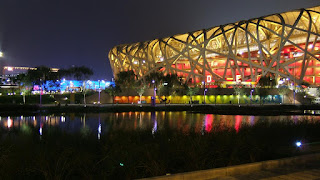 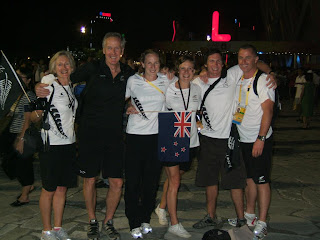 Do you have a question?
Email Gary: gary at myotec.co.nz (Replace the "at" with @ and remove spaces). Please include any relevant background information to your question.
at Thursday, August 21, 2008

you have made a serious ommission.
she is not at the peak of her career yet !