We are back from cycling around Samoa! 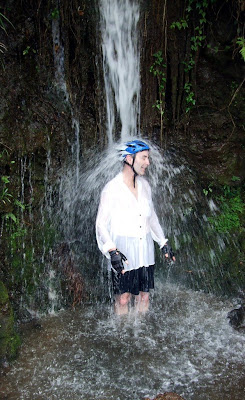 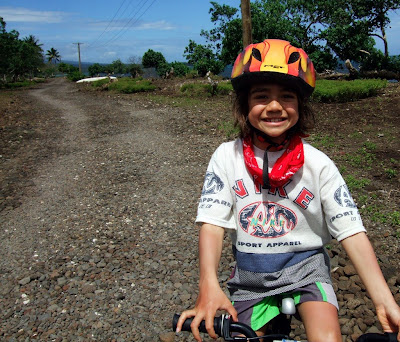 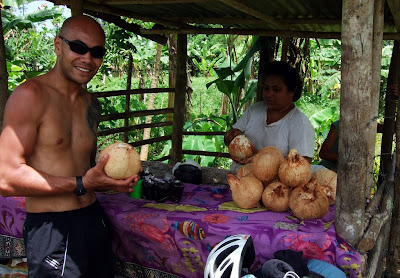 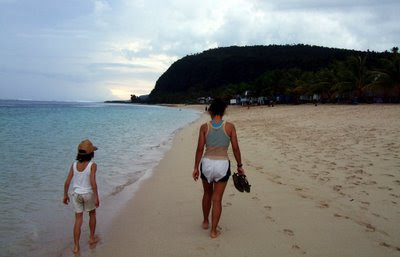 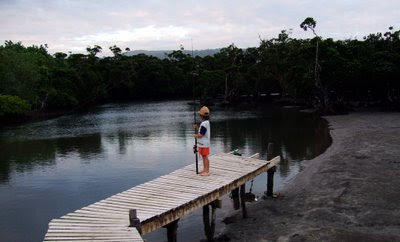 We (Alofa, Ioasa, Alama and me) managed to cycle around both the main islands of Samoa - Upolu and Savai'i. I feel as if I cylcled both islands twice and am resting up for a few days now I am home.

I lost only 1kg in weight over 10 days hauling my 8yr old son (He was a modest auxiliary motor). More significantly, my body fat dropped from 16.3% down to 11.1%, bone increased slightly, as did muscle. 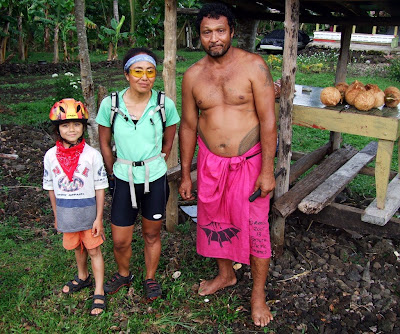 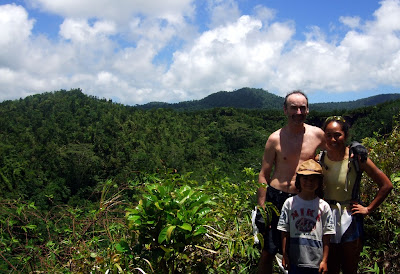 Despite the heat and the gallons sweated, hydration increased from 61% to 65%. All very good figures for a 55yr old.

Samoa has to be the safest place on the planet to ride a bike. Cars and trucks tooted politely as they came up on us and few drove faster than
50km/hr. There were few vehicles once out of the main towns. Despite the heat, Samoa comes highly recommended by the Mollers as a cycling destination.

Basically, we cycled from one low-cost resort to the next, savouring the sights, sounds and smells as we went. We also ate our way across Samoa, preferring ethnic Samoan dishes as we went.

Everywhere we cycled the locals waved and greeted us and gave us plenty of practice speaking the native lingo. The occasional village mutt chased us, barking rabidly as we dodged the skinny low cholesterol village pigs, some of which ended up on our dinner plates.

We took every opportunity to meet the locals while shunning as best we could the Western influences that threaten to destroy a unique environment, culture and way of life.

Samoa is the land of perfect feet. There are no orthotics in Samoa - only jandals. In the more remote villages, the people are still fit and strong.

Most Samoans are dirt poor. Where we received good service and
hospitality we tipped generously. On the few occasions of poor service and over-charging we walked away.

I am proud to say that we managed to avoid serious sunburn despite hours of sweating under the roasting tropical sun. I am quite confident that our vitamin D levels are now better than
deficient.

The music and dance was everyhere. The scariest New Zealand Haka I have ever experienced was courtesy of a really big Samoan bloke who I was sure was going to jump out onto me and have me for dinner - fiercesome! He also played a mean set of dessert spoons in the local jug band.

All in all, this was a wonderful break from the rush and bother of modern city life. Highly recommended to all. By bicycle - of course! 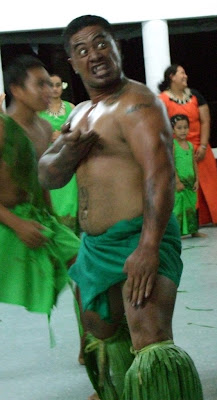 Do you have a question?
Email Gary: gary at myotec.co.nz (Replace the "at" with @ and remove spaces). Please include any relevant background information to your question.
at Friday, October 17, 2008