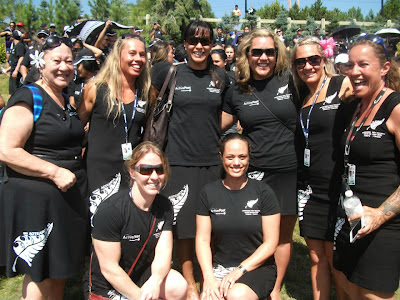 Thanks a million for all your help in getting us ready for the World Waka Ama Sprint Championships held in Calgary, Canada.  The PCKC Inano team of local Porirua working Mum’s proved to be a world class unit!  J


After trials earlier in the year and ranking 3rd for 500m and 4th for 1500m out of the NZ open teams heading to the event, we were officially unknown quantities heading to Canada.  An intensive training programme, expert nutrition advice, healing massage and some determination and dedication meant we made huge improvements in performance.  However we still had no idea where we would be sitting on the world stage.

First race for Inano was the W12 500m.  Here we joined forces with an Auckland based crew – Paddle NZ.  With one 15 minute training under our belts(!!) we managed to finish 4thin the final.  Racing was extremely close and with such little time together this was a good result.  However it still meant we had no idea where we sat amongst the other teams.

Our next race was the W6 500m.  The heat was great.  Here we narrowly got beaten by Hawaii.  However, we were 3rd fastest over the 7 heats heading into the semi.  Quite a confidence booster.  In the semi we were once again narrowly beaten but still held the 3rd fastest time overall.  It was on to the final for the showdown.  Here we got pipped on the line and came in 4th.  Heart breaking!!  However we didn’t have a great start and didn’t let the waka flow like we had been.  The final was our slowest time.  Still a FANTASTIC result.  Clearly the 2nd NZ crew!  Another NZ crew was 1st, Hawaii 2nd and Canada 3rd. 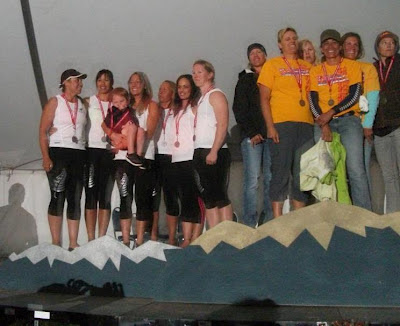 Onwards and upwards to our W6 1500m.  The turns racing!!  Once again we had no idea how we would go here.  Our turns proved to be awesome!  Once again we held 3rd fastest time through heats and semis and heading into the final.  In the final we raced our hardest and once again got pipped on the line for 4th.  The final was our fastest race.  However the team that pipped us ended up disqualified for being over the start line!  Controversy continued when the first team was disqualified for starting over the start line too.  We ended up with SILVER!  Race rules are there for a reason.  We ensured we met them and got rewarded.

What a journey!  Although disappointing to finish just outside the medals in 2 of our races, we can’t be disappointed.  Amazing results considering how far we’ve come!  Massive improvements and fantastic to be a threat on the world stage.