The Dangers of Using Transvaginal Mesh 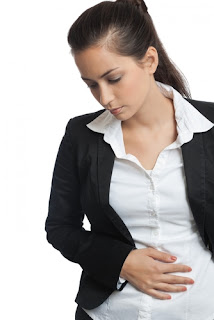 "I woke up with a loud roar in my head and excruciating pain through my whole pelvic area.  I was very agitated and apparently I screamed a lot.  My notes say that the caudal block given during surgery appeared not to be working.
I remember receiving several injections in my thigh to control the pain. I remember several nurses holding my hands and shoulders and urging me to be quiet. I remember being really pissed off that I was in so much pain.  I figured that I had been tricked and that all people must feel this way really, they just don’t tell you."
(One brave New Zealand woman's story:
http://meshdownunder.co.nz/#/about/4570217667)

Although many women may feel alone when experiencing problems like pelvic organ prolapse (POP), stress urinary incontinence (SUI), or side effects caused by the treatments for these health issues, the reality is that thousands of women are experiencing similar problems and seeking help for them. In fact, according to the U.S. Food and Drug Administration (FDA), anywhere between 30 – 50% of women will have pelvic organ prolapse in their life and thousands more will experience stress urinary incontinence. And, in an effort to treat these health issues, thousands have sought help by having transvaginal mesh implanted. Unfortunately, the FDA has reported that problems with these implants are, in fact, not rare, but tragically cause women all over the country substantial problems.  This is not a problem restricted within the borders of the United States.

When transvaginal mesh was first introduced to health providers as a treatment for POP and SUI, it was hailed as a more effective and beneficial method of treatment than other options already available. However, in more recent years, this has not only been found to not be true, but potentially the exact opposite. Sadly, transvaginal mesh implants may expose women to serious dangers, including the following:


In addition to these extremely harmful physical repercussions of transvaginal mesh, a woman could suffer from significant emotional and psychological problems as a result.

While some of these side effects can be treated to a certain extent, the repercussions of a failed transvaginal mesh implant can be permanent and removing the failed mesh can be an extremely complicated procedure that is not always successful. Thus, many women are seeking financial compensation for the losses and pain they have endured as a result of these health problems by filing a transvaginal mesh lawsuit against the manufacturers of this dangerous medical device.  Here, in New Zealand, anybody who feels they may have been harmed by a surgical procedure or implant, can file a complaint with the Health and Disability Commissioner and make a claim for compensation with the ACC.  It would also be advisable to contact Medsafe which is charged with ensuring the safety of NZ medical services is of a high standard.
_______________________________________
About this website
The advice in these articles is given freely without promise or obligation.  Its all about giving you and your family the tools and information to take control of your health and fitness.
at Tuesday, November 27, 2012