Here is an email about the Fish Oil Study.  While I do not sell any of their products I think they are right to question the results.

It is also a warning to stay away from the cheap stuff that may be old and rancid taken from the bottom of the barrel after the premium oil has been skimmed off the top.

Having said this, none of us have actually seen a list of which brands were tested, so I guess all brands are tainted with the same rancid stuff?  We do need to see the list - please!

I do have NZ Hoki Mega Fish Oil and I generally recommend having a mix of Hoki Mega fish oil and adding either Flax Balance or Flax Original which is from Waihi Bush, derived from organic farming in Geraldine, South Canterbury (No little or big fish were harmed in its production).

As a general rule of thumb I recommend to go for the more expensive fish oil capsules (presuming cost = higher quality) and most preferably ones from deep sea cold water fish from well managed fish stocks.  NZ Hoki pretty much falls into this criteria.


23 January, 2015
FxMed is concerned for patients and practitioners with respect to the results from research conducted by the University of Auckland’s Liggins Institute evaluating the quality and content of fish oils sold in New Zealand.

The study looked specifically at the amount of omega-3 EPA and DHA contained in various products, measuring the oxidation (rancidity) of the oil by measuring Peroxide, Anisidine and Totox Values. The conclusion was that there is a high number of fish oils sold in NZ that do not meet label claims with regards to omega-3 content (specifically EPA and DHA) probably due to the high rancidity or oxidation levels causing degradation of the EPA and DHA molecules.

Similar international research has generally shown that most fish oils meet their active ingredient list, so further investigation is needed in relation to the research. It does seem unlikely that such a high percentage of products would fall so far under their label claim. No information has been released on which products or brands were included in the study.
GOED (Global Organisation for EPA and DHA Omega-3's) consulted with fatty acid experts about this study and some of their concerns follow:
Due to the suspicious nature of the results, GOED has decided that its next round of randomized testing of currently marketed products will be selected exclusively from the New Zealand market. Once GOED has the results, it intends to share them with the Therapeutic Goods Administration (TGA) in Australia and Medsafe in New Zealand. In addition, The Omega-3 Centre in Australia has been leading a media outreach effort to ensure that some balance is included in the reporting on the issue. Nordic Naturals is a vertically integrated company managing all operations from boat to bottle. Nordic Naturals’ multi-patented manufacturing process uses leading technologies to deliver fish oil with exceptional freshness and purity levels. Several steps are used in processing the oils, from water and clay filters to molecular distillation. Nitrogen is used to avoid exposure to oxygen at every stage of manufacturing – only by using nitrogen can fish oil be protected from oxidative rancidity that leads to fishy smell and taste. 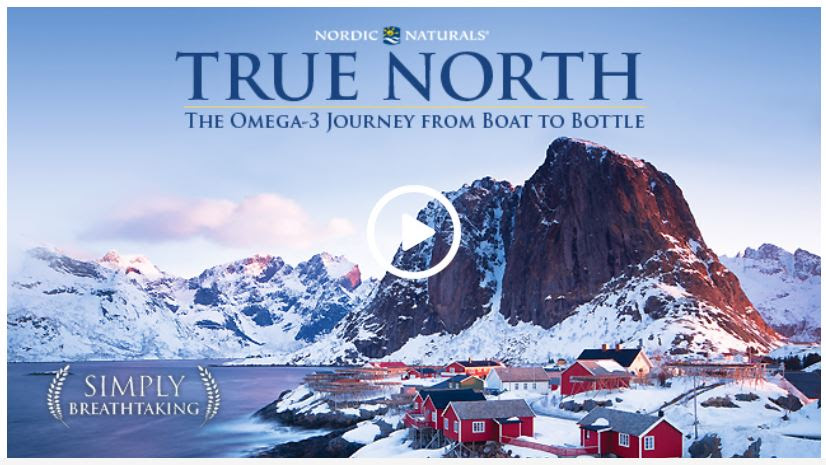 For more information, you can watch a video that takes you behind the scenes of the manufacturing process here:
http://www.nordicnaturals.com/en/About_Us/True_North_Documentary/1083


Nordic Naturals products undergo rigorous third-party testing and are very transparent with the results. One such testing company IFOS provides the results online. Nordic Naturals’ results consistently show the omega-3 content to meet or exceed the label claim, and are well below the international limits for oxidation.You can view Nordic Naturals and other brands test results here:http://www.nutrasource.ca/ifos/consumer-reports/

About this website
The advice in these articles is given freely without promise or obligation. Its all about giving you and your family the tools and information to take control of your health and fitness.
Candida and Fungal Infections? Gary Moller recommends you explore this programme: Click Here!
at Friday, January 23, 2015