So, now the experts tell us that going about barefoot damages your feet? (updated)

'"Thousands of Kiwi kids spend their summers without shoes, but now a podiatrist has warned they could be doing irreversible damage by going barefoot in the sun.
John Miller says running school cross-country races barefooted is particularly damaging, and can make children's feet wider."

Warning: The following images may be disturbing to some podiatrists:
Well, I have viewed some ignorant rubbish masquerading as news on tv; but this TV3 item just about takes the cake! And where is the balance in this item? Its nothing more than misinformed sensationalism. My son, Alama, winning the sprints - barefoot and fast!


Here we are, a website just for you: Parents for Barefoot Children 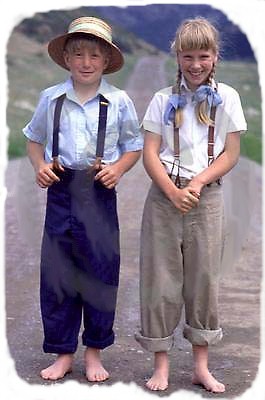 Let's focus on the real causes of foot pain: obese, soft kids who are driven everywhere and not allowed outside lest they be harmed by: the sun/the pervert/the cold/the heat/the hard ground etc etc. And we can't let them get tired or hungry can we? That is child abuse.

Oh! Back to the news item: About the darling Zola Budd and the fiery Mary Decker... I have it from good sources that Decker planned to spike the barefoot Zola if she dared to take the lead. If you watch the video very carefully you will see Decker attempting to do just that a few meters earlier on. Decker succeeded on the second attempt, tripping herself and injuring Zola in the process. That was the end of Zola's running career as she was booed and jeered out of the stadium by the partisan US crowd.
___________________


Children with the healthiest and most supple feet are those who habitually go barefoot, according to Dr. Lynn T. Staheli and a growing number of other pediatric orthopedists. His studies of developing nations show that non-shoe-wearers have better flexibility and mobility, stronger feet, fewer deformities, and less complaints than those who wear shoes regularly. He says that, when a child must wear a shoe, it should be lightweight, flexible, shaped more or less quadrangularly, and above all, should not have the arch supports and stiff sides once deemed necessary to give the foot support. Many pediatric orthopedists strongly oppose "corrective" or "orthopedic" shoes for straightening foot and leg deformities like flat feet, pigeon toes, knock-knees, or bowlegs. Dr. Staheli and others contend that there is no evidence that corrective shoes correct anything, and that most of the supposed deformities correct themselves in almost all cases.

I watched the item and then checked the text, which added nothing to what was said.
The reporters filmed some perfectly normal kiwi kids running in bare feet. Then they interviewed a clearly over-weight (English migrant?) kid who had clearly never run before. Of course she had sore feet. She probably had a lot of other sore tissue as well!
Podiatrist John Miller was not reported as giving any evidence for the assertions attributed to him. (They might have been edited out to further sensationalise the story!)
What I can say is that:
1. There have been some great cross country runners who have competed in barefeet, and some of them still do.
2. I am involved in organising a lot of children's and school cross-counrty events. I recommend that children do NOT run in bare feet. The reason is that most events are held on school playgrounds and public parks. These days they are littered with bottles and aluminium cans. Councils and contractors then mow them with gang-mowers, which reduce the litter to shrapnel, which is imbedded in the grass. (I've never seen a hypodermic syringe on a public park, but they're alleged to exist)
That's the hazard to bare feet. If we could guarantee that the field was clean and safe, I'df be the first to re-advocate bare feet!

Thanks for bringing some sense to this Geoff. You are right that John Miller's comments may have been edited to sensationalise the story. Anybody who deals with the media should always be wary and plan for that possibility.

I hope that he gets to see this article and comments, as should TV3.

The injuries that Geoff warns us about reminds me of the injury Lorraine suffered that she refers to in her autobiography and which almost cost her her life (Stood on some glass at about the time the photo in this article was taken).

But; these injuries are not caused by bare feet - they are caused by secondary factors like inconsiderate litterers and lazy grounds men - and, in Lorraine's case, complicated by an uncaring health system.

If there is one thing my children will thank me for later in life it must surely be that I helped to endow them with strong feet!