4,770 doping tests were carried out in Beijing in the framework of the largest ever testing programme for an Olympic Games. The tests included 3,801 urine and 969 blood tests. Urine tests included 817 EPO tests, and blood tests covered 471 human Growth Hormone (hGH) tests. All the tests covered the 29-day period from 27 July until 24 August 2008. Athletes qualified for the Beijing 2008 Olympic Games were tested by the World Anti-Doping Agency and BOCOG under the authority of the IOC. As a general rule, all top five finishers, plus a 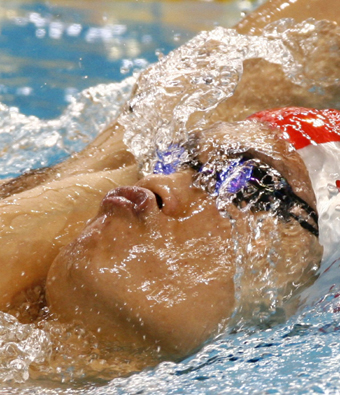 
Source and full story here.
__________________________
Gary comments:
Of course, this all smoke and mirrors.  The use of performance enhancing substances outside of the Olympics during the athlete's preparations is not addressed by testing during the Games.

Drugs can be used to make an athlete train with greater intensity, to recover faster and grow bigger, stronger muscles and even longer limbs. Evading random testing outside of competition is easy enough.  An athlete with the right resourcing is able to come within .001 of the limit for triggering a positive test and therefore remain "legal".  Others may be using designer drugs that have yet to be "discovered" by the testing agency.

As I have asked before: When there is a positive drugs test, why is there not a lifetime ban for the cheat?

And I ask this:
Why, also, is there not a proper investigation to expose and prosecute the 'Mr Bigs" behind the elaborate attempts at doping deceloption?

Do you have a question?
Email Gary: gary at myotec.co.nz (Replace the "at" with @ and remove spaces). Please include any relevant background information to your question.
at Friday, September 05, 2008

"And I ask this:
Why, also, is there not a proper investigation to expose and prosecute the 'Mr Bigs" behind the elaborate attempts at doping deceloption?"


Same reason they never win all their phony wars - their "wars on drugs" and "wars on terror". The guys pretending to fight them ARE the Mister Bigs!