So what is Myra Moller up to nowadays? She's off to Belgium! 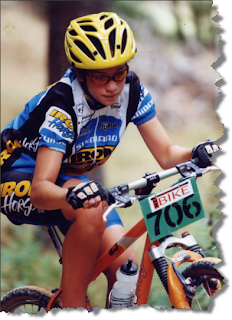 Now and then I get asked how my oldest daught, Myra, now 24 years, is getting on. For those who don't know, Myra dominated junior women's mountain biking from age 14 through to 21 years, including competing in the pro-elite circuit in the USA, representing New Zealand in the under 21 category at the World MTB championships and representing the Cook Islands at the Melbourne Commonwealth Games.

Myra has spent the last three years quietly building her experience in Road Cycling. She has a load of potential in any sport that requires a big heart and a good set of lungs. It is just a matter of taking time gaining the experience and toughening the body. It is just a shame that sporting associations here in New Zealand seem to lack the patience to hang in with their talented youth to help and encourage them with their gradual development. There is far too much short-sighted impatience. What we see, year after year, is the quest for the next champion while calously discarding the burned and injured ones that fall along the way. Unfortunately, the young athletes and their coaches who are taking an intelligent and patient path of development are lumped in with the burned ones and equally quickly discarded. I feel this has happened with Myra.

"No worries" as the Australians say; Myra is sticking to her guns and going where the support is. She may be New Zealand's loss while being Australia's gain.

Here's Myra's record for her early forays into the competitive world of Australian women's cycling:

Do you have a question?
Email Gary: gary at myotec.co.nz (Replace the "at" with @ and remove spaces). Please include any relevant background information to your question.
at Monday, May 11, 2009

meanwhile organisations like athletics nz continue to pour sparc money into athletes like beatrice Faumuina who has consistently performed well below par for years, even failing to qualify for the world champs.
spending $20,000 to send her to train in sydney and paying for her mother to go with her.
she is only one example of poor decision making. while they pass over some real developing talent elsewhere that may never get the chance to achieve their potential.

I agree with the comment in regards to poor financial management by SPARC. They always seem to invest in those who need it less. They pump a large amount in rugby and cricket whilst these are well established and capable of looking after their own funding trough merchandise and ticket sales. Finding sponsors for these giants is easy and rewarding whereas for the young and stand-alone sportspeople or rather small sportteams it has proven to be difficult. If New Zealand is serious about achieving on world level, this needs changing. New Zealand is, though its cultural focus on sports a true source of natural sporttalent. If New Zealand would like themself on the world map of sports they will have to extend their focus beyond rugby and cricket as there are many young,promising sportspeople waiting to climb the steps of the worldstage.

Myra, I would like to congret you on your sponsorship and if possible I will come and cheer you on in Belgium when you are over!