I think the link between vaccines with autism and death may be severe zinc deficiency.  Zinc deficiency is rife in modern times.  This is because modern foods such as the instant noodle - in fact,  all processed foods - are seriously deficient in zinc along with co-factors such as piridoxine.  Zinc is critical for the body's resistance against viral infections, no matter the source.

Today's generation: The "In Generation"

Please take time to read this interesting article about the growing evidence of the link between vaccines, viruses, autism and death (thanks for the article, Lorraine): 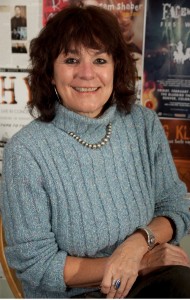 By Leslie Carol Botha
Women’s Health Freedom Coalition Coordinator
Natural Solutions Foundation
September 2, 2012
Foreign DNA is a term most medical consumers are not aware of. However, common sense alone raises questions about the dangers of foreign DNA – otherwise known as recombinant DNA. The American Biologic Safety Association (ABSA) has classified recombinant DNA a biohazard and has outlined specific directives over the handling of such contaminants.1.
According to a supporting document, written by the Coalition of Vaccine Safety “…The presence of dormant and relict viral sequences in the human and other animal genomes has been known for at least 20 years.These include human retroviral sequences that have been identified in live viral vaccines grown in human cells. 2.
“Victoria and colleagues have identified the contamination of live viral vaccines for use in healthy children, with viral nucleic acids; the findings have since been confirmed by the vaccine manufacturers and the data reported to the FDA. Contaminating nucleic acids include retroviral sequences from the producer chicken and primate cells. Specifically, Avian leucosis virus (ALV) was present as RNA in viral particles while simian retrovirus (SRV) was present as genetically defective DNA. Rotarix, an orally administered rotavirus vaccine, contained nucleic acids from porcine circovirus-1 (PCV1), virus. Since this report, a second rotavirus vaccine (RotaTeq) has been shown to contain nucleic acids from both PCV1 and PCV2, a pathogen in pigs that is associated with wasting and immunodeficiency. The circumstances in which PCV2 induces disease are discussed below.“3.
The Center for the Biology of Chronic Disease (CBCD),* publisher of Dr. Hanan Polansky’s the Purple book Microcompetition with Foreign DNA and the Origin of Chronic Disease explains how foreign DNA fragments can cause many major diseases without damaging (mutating) the human DNA. The book has been read by more than 5,000 scientists around the world, and has been reviewed in more than 20 leading scientific journals. The theory explains the underlying cause of many major diseases and shows how dormant viruses actually can cause disease while still latent.
Dr. Polansky discovered that foreign DNA fragments called N-boxes can cause disease. When these foreign DNA fragments enter the body (naturally, or artificially, like through an injection of a vaccine or other treatments), they end up in the cell’s nucleus, where they attract scarce genetic resources. The “microcompetition” between the foreign N-boxes and the human N-boxes cause the human genes to malfunction, which, in turn, can lead to disease.
In fact, when approached about the HPV rDNA contamination found in Gardasil® – Dr. Polansky agreed that the contaminant should not be there. According to Polansky – the potentially harmful contaminant is part of the faulty biologic medicine manufacturing process that is unable to filter out all foreign DNA plasmids and therefore the particles were suspected to be present in all biologic medicines on the market.
Is the Autism Epidemic Linked to Foreign DNA Particles in the MMR II Vaccine?
In April of this year, the CBCD published a press release4. encouraging the CDC to study Polansky’s Microcompetition Theory since foreign DNA has also been found in Merck & Co.’s MMR II vaccine.5. The vaccine package insert (available for download at the FDA’s web site) shows that fetal cell line Wistar RA 27/3, fetal cell line WI-38, and genetically engineered human albumin are all used in the vaccine.
The CBCD believes that a better understanding of the theory – lauded by many scientists and researchers at NIH, and other esteemed universities and organizations may lead to better policies to curb the Autism epidemic. In a recent CDC report that epidemic has increased by 78% since 2007.
Infants 12 months of age or older, are inoculated with the MMR II vaccine with a second dose usually given around age four or five right before entry to school. According to the CBCD, this is also usually the time that the majority of Autism diagnoses are made.
The release goes on to state:

The CBCD believes that the current purification processes cannot completely filter all foreign DNA plasmids used in the process of manufacturing the MMR II vaccine. Therefore, some foreign DNA fragments end up being injected into infants.
“The MMR II vaccine is contaminated with human DNA from the cell line in which the rubella virus is grown. This human DNA could be the cause of the spikes in incidence. An additional increased spike in incidence of autism occurred in 1995 when the chicken pox vaccine was grown in human fetal tissue,” wrote Dr. Helen Ratajczak, Ph.D. in support of this belief. She published two papers regarding this subject in the Journal of Immunotoxicology. (Merck and Co. Inc., 2001; Breuer, 2003)
However, it appears that the CDC and FDA are aware of the problem with vaccines. In June of 2001, a paper was published in Emerging Infectious Diseases entitled: “Adventitious Agents and Vaccines” stating that:
“Many novel vaccines are produced in animal cell substrates, and emerging infectious diseases may theoretically be transmitted from animals to humans through these vaccines. The challenge of identifying potential adventitious agents in vaccines closely parallels the challenge of identifying the agents causing particular emerging infectious diseases.” 6.

Dormant HPV Infections the Silent Culprit
Although the FDA asserts that the foreign DNA fragments found in Gardasil® poses no risk, the CBCD disagrees. Their research has led them to believe that HPV has the ability to establish a chronic, dormant (latent) infection and it those chronic infections that can potentially lead to cancer.
A recent study entitled “Prevalence of Oral HPV Infection in the United States, 2009 – 2010” that was published in the Journal of the American Medical Association (JAMA) reported that the HPV virus was found in the mouths of 7% of study participants. 5,600 people participated in the study. Oral HPV was found in men more than in women.
The authors of the study wrote, ‘The prevalence of oral HPV infection among men and women aged 14 to 69 years in the United States is approximately 7%… Infection with HPV-16, (a specific type of HPV most associated with cancer) was detected in 1% of men and women, corresponding to an estimated 2.13 million infected individuals in the United States.’
In essence, according to the study, 2.13 million people who don’t have symptoms now, and don’t even know they are infected, could develop cancer due to their HPV infection. 7.
Now add in the rDNA factor and one has to wonder at the mechanisms of action that are actually going on in the body. Dormant DNA – potentially becoming stimulated by the vaccine designed to prevent the chronic infection leading to cervical and other HPV-related cancers – with a mix of rDNA bound to aluminum now circulating in the blood and targeting the weakened areas of the body.
HPV rDNA Particles found in Postmortem Inquest of New Zealand Girl
In August, Dr Sin Hang Lee, a pathologist on the medical staff at Connecticut’s Milford Hospital testified about the discovery of HPV DNA fragments in post-mortem samples of her blood and spleen 6 months after Gardasil®® vaccination at the postmortem inquest of Jasmine Renata, a New Zealand teenager who died in her sleep.8.
Dr. Lee’s testimony stated:

“The finding of these foreign DNA fragments in the post-mortem samples six months after vaccination indicates that some of the residual DNA fragments from the viral gene or plasmid injected with Gardasil® have been protected from degradation in the form of DNA-aluminum complexes in the macrophages; or via integration into the human genome.
Undegraded viral and plasmid DNA fragments are known to activate macrophages, causing them to release tumor necrosis factor, a myocardial depressant which can induce lethal shock in animals and humans.”

Although Dr. Lee’s discovery cannot directly tie the rDNA to the girl’s death, the probable mechanism of action does exist since all other ‘cause of death’ scenarios have been ruled out.
According to Dr. Lee, Gardasil® contains a genetically engineered recombinant HPV DNA inserted into yeast cells. rDNA behaves differently than natural HPV DNA which does not stay in the blood stream for a long period of time.
Once a segment of recombinant DNA is inserted into a human cell, the consequences are hard to predict. It may be in the cell temporarily or stay there forever, with or without causing a mutation. Now the host cell contains human DNA as well as genetically engineered viral DNA. 9.
War of the DNA
The most frightening aspect of all is that government health agencies do not have the testing nor do they have understanding as to what happens when a recombinant DNA particle infects a cell with ‘normal’ DNA.
What are the mechanisms of action that determine who wins the DNA wars? What if the normal ‘DNA’ loses? Are the skyrocketing rates of autism and the increasing Post-Gardasil and Post-Cervarix Syndromes examples of DNA gone bad?
Even more frightening is that scientists do not know how to isolate or even remove the foreign DNA particles from the body. What lies ahead is a crap shoot for medical consumers who are left with a ‘damned if I do or damned if I don’t scenario.’
—————————————–
Source
1. Risk Classification Criteria for World Health Organization, Australia, Canada, European Union (EU), USA CDC/NIH and NIH for RDNA.
2. Biohazard potential for live viral vaccines containing naked or free nucleic acids from contaminating (adventitious) viruses.
3. Viral nucleic acids in live-attenuated vaccines: detection of 1 minority variants and an adventitious virus
4. Autism Epidemic, Is Foreign DNA in MMR II Vaccine Responsible? CBCD Suggests CDC Study Microcompetition Theory
5. Merck & Co. Product Package Insert on MMR II vaccine
6. Emerging Infectious Diseases, Adventitious Agents and Vaccines,
7. Dormant HPV Infections Can Cause Disease Even Without Activating
8. Gardasil® HPV DNA Discovered in Post-Mortem Blood and Spleen Tissue
9. Discovery of Potential Bio-hazard Contaminant in Merck’s Gardasil® HPV 4 Vaccine