Why haven't anti-osteoporosis drugs been taken off the market? 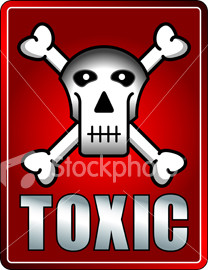 Fosamax is Merck's popular osteoporosis drug, generically known as alendronate, which is part of a class of drugs known as bisphosphonates. Fosamax is used to treat osteoporosis and bone pain caused by some cancers.
Fosamax use has been associated with atypical stress fractures, or insufficiency fractures, of the femur / thigh bone. While the medical articles about femur fractures in long-term users of Fosamax have been getting more attention recently, many prescribing and treating doctors have still not learned about this possible Fosamax side effect, yet.
Medical studies have also shown a possible link between using Fosamax and developing osteonecrosis of the jaw, or ONJ, which essentially is the destruction of bone tissue. Osteonecrosis of the jaw can be very painful and may lead to other complications such as infection, breakdown of the jawbone, ulcerations in the mouth, non-healing wounds, and osteomyelitis (inflammation of bone marrow).
http://www.druginjurylaw.com/Fosamax-information.php
________________________________
Gary:
Fosamax is just one of a class of drugs known as bisphosphonates.  These drugs work by killing off cells that remove old bone, thus giving a temporary gain in bone mass and a false sense of security.  Its a big lie.  The evidence is piling up that these drugs destroy healthy bone, increase fractures and make people very, very sick.

I have been following Tom Lamb of the US firm Drug Injury Law.
http://www.druginjurylaw.com/Fosamax-information.php
There are now close to 1,000 lawsuits pending against Fosamax alone!  You'd think these drugs would have been whisked off the market by now.  Instead, we see the opposite with television personalities, like NZ's Jude Dobson, seductively promoting these drugs on prime time television.

Why do these drugs continue to be aggressively marketed by doctors to unsuspecting patients?

I think I know what is going on.  These drugs are worth billions of dollars in world-wide sales.  It can take as long as ten years for a case to stumble its way through the courts and may, in the end, amount to a few millions in settlements.  This is chicken feed to the company when one looks at how many millions upon millions they will bring in by way of sales while the court cases grind on and on.

One other factor is that the plaintiffs are generally aged, unwell (the drugs ensure this!) and lacking financial resources.  Big Pharma counts on most of these people not having the stamina or the longevity to see a protracted and exhausting litigation through to finality.

Why do doctors continue to enthusiastically push these harmful drugs onto their trusting patients?

I can not understand why anybody who professes to be a health expert would ever associate with such harmful drugs, let alone profit from them.  I don't know.  You tell me!