Children are more likely to have autism if their mothers had the flu or a prolonged fever during the first or second trimester of pregnancy.

"The data indicates that maternal flu infection or an extended fever increases the risk for autism in the offspring — a twofold increase," said Paul H. Patterson, a biology professor who researches the connections between infection and neurological development at the California Institute of Technology.

Here is the key to why the women in the study appear more likely to have an autistic child... 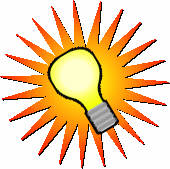 When I refer to my text books, there is a link between zinc deficiency and autism.  Wow - switch on a light folks!

Zinc deficiency is the norm in New Zealand, including sheep and cattle (think of facial eczema).  In over a thousand tests I can not recall more than one or two people with high zinc levels.  Children are consistently among the lowest.

Things that deplete zinc in the body:
If a woman has any combination of the above, leading into or during pregnancy, she may be at greater risk than the norm of having a child that is severely low in zinc (not to mention a whole lot else!). Her baby may be on the tipping point of falling into a state of severe zinc depletion.  The brain can not develop normally if there is not sufficient zinc in relation to other mineral, particularly copper.

That being the case, even a mild viral infection or even the tiniest amount of toxin like mercury introduced into the body of the tiny babe may be all that is required to bring about the tipping point into neurological disaster!

This explains very nicely why an apparently normal, healthy baby may rapidly withdraw into an autistic state within days or months following a fever or vaccination.

Thanks so much for the valuable info. nice site with interesting posts. Health and Fitness