Exclusive Report: The health effects of herbicide use on a Central North Island farm 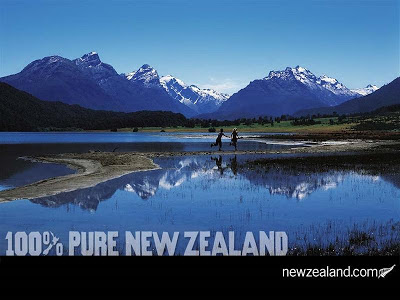 There has been a lot of debate lately about the images promoting New Zealand to the rest of the world:

For the first time ever, this blog brings you the report by D N Dempsey of his experiences, over many years, with the use of hormone herbicides on his Central North Island.

In his report, Don describes the devastation to his health and the death of livestock that can only be the result of repeated exposure to hormone sprays that accumulated in pasture soil.  Page ten of his report has the blood tests of thyroid function of affected and unaffected cattle that finally solved the mystery of why his cattle were so unwell and why so many were dying.

Sadly, this report has gone nowhere, officially.  I guess it may be a case of being a health issue that nobody in New Zealand wants to know about!  Here it is, below, for you to read in full:


Don's report is further confirmation that we are not the "Clean" country we would like the rest of the World to believe we are.

When I see the green, rolling pastures of New Zealand, I see millions of liters of herbicide.  When I was a student I used to work on the farms of the South Waikato.  One of my jobs involved grubbing thistle and ragwort.  Nowadays, hard labour has been replaced by herbicides.

Just how safe are these herbicides?  Essential they may be for modern farming practices; but are they ruining our health?

The evidence grows by the day that these herbicides are far from safe.  It was during the Vietnam War that we got our first glimpses of how harmful these chemicals may be.  Millions of gallons of Agent Orange were sprayed on the forests and paddy fields of the North and South, causing a surge in cancers and birth defects among those who were exposed to the herbicide. Second and third generations continue to suffer from the genetic damage.

Evidence grows stronger by the day that herbicide sprays damage endocrine systems, including the thyroid, as reported by Don Dempsey.


"In an alarming new study published in the journal Food and Chemical Toxicology, researchers from The Committee for Research & Independent Information on Genetic Engineering (CRIIGEN) reported on the results of a 2 year feeding study in rats given either NK603 Roundup-tolerant genetically modified maize, cultivated with or without Roundup, and Roundup alone, at levels permitted in drinking water and GM crops in the United States." 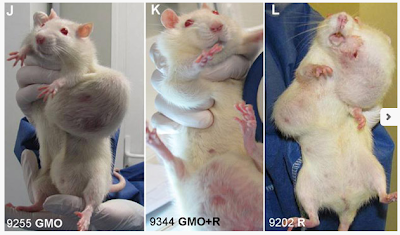 Please go here to read the complete article, including references.

Roundup is used by the millions of liters here in New Zealand to keep us "Green". Roundup (and generics)  is a glyphosate (not Phenoxy). It is not a hormonal spray but it is still far from benign.

I have completed a Hair Tissue Mineral Analysis for Don Dempsey (Don has given me permission to write about it here).  The laboratory reported the following for him:

The current tissue mineral pattern is indicative of a fast metabolic rate (Fast Metabolism, Type #4). Even though the metabolic rate is considered fast, this patient may be experiencing adrenal and thyroid

This is consistent with the thyroid issues that Don has reported over the years.

My conclusions (Not Don's)

Thanks, Don, for allowing me to publish your report.

In publishing Don's report, am I being a New Zealand Patriot or am I a Traitor?


About this website
The advice in these articles is given freely without promise or obligation. Its all about giving you and your family the tools and information to take control of your health and fitness.
at Saturday, January 05, 2013