Paleo Bone Broth Recipe: One of the wholefoods nutrient essentials for everyone (updated) 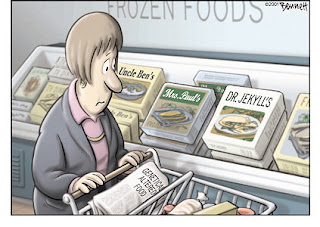 The big mover and shaker for nutrition right now is the Paleo Diet. While I think it is a move in the right direction,  the Paleo Diet of today is far from "Paleolithic" times spanning from about 2.5 million to 10,000 years ago.

The animal content of true Paleo was hardly factory raised chicken, pork, beef and eggs.  The meat of yesteryear was more akin to road kill.  Early Humans scavenged mostly smaller animals, like vermin of today, that had a varied diet of bugs, grubs and plants.  If near the ocean the diet included shell fish, small fish sea slugs and seaweed.  Grubs and insects were an important part of the diet - anyone for a grasshopper entree?

The meat of today, by contrast,  is mostly recycled GE corn and wheat with a good serving of pesticides  herbicides and antibiotics.  Wheat and corn are force fed plants that are essentially little more than NPK (Super Phosphate), nitrogen, potassium and phosphorus.  Where's the hundreds of other trace nutrients that Humans require to be healthy?

During Paleo times, the kill was scrawny - the chickens would have been more like an underfed Weka than a plump and helpless battery chook of today.  I was looking hungrily at one of those birds while out hiking last Summer and pondered what kind of a feed it would give us, if I could only get my hands on it.  My conclusion was there was little more than a few mouthfuls each, once plucked!

Nothing was wasted during Paleolithic Times: The most nutritious parts of the animal is the liver, kidneys, heart and brain.  Even the blood would not have been wasted.  The bones were broken into bits, the marrow sucked and the gristle chewed.

If food was cooked it was probably more braised  over an open fire than cooked right through, to remove hair and feathers - depending on the level of advancement of cutting and cooking utensils.

There was no refrigeration back then, so meat was either very fresh or very ripe along with a generous serving of nutritious maggots.

With the development of pots for cooking, the remaining bits would have been boiled up and the resulting broth drunk.

Let's not get too romantic about Paleolithic times:  Life was tough, even if the diet appears to be pretty good, if not terribly unreliable.

Few babies ever made it past their first year of life: Disease, hunger, cold and predation took its toll.  This is why babies cry all the time: A baby left alone for even one minute might not live another moment.  Most women perished in child birth, or shortly after.  The men seldom lived past thirty years of life.  If predation, starvation or conflict did not get them, rotten and impacted teeth ensured their demise. The global population probably never exceeded five million which means there was a huge attrition rate.

When I think of my childhood of the  1950's and early 60's, in rural Putaruru, the food we ate was surprisingly "Paleo".  Much more Paleo than the sanitised Paleo of today.  The butcher shop was in front of our house.  Often I would watch the butcher dismember a beast on a huge wooden block.  Mum would serve meat  plus two veges with every main meal of the day.  At least once a week, this included meat such as liver, kidney, tripe, ox heart, ox tongue, sheep brain and even black pudding.

The vegetables came mostly from our garden out the back which was compost and manure fed.  Fruit was seasonal and from surrounding orchards.  The fruit and veges of the 50's were less sweet, more chewy and packed more nutrients than their modern equivalents.

At primary school I was a milk monitor which means I distributed the bottles of full cream non-homogenised milk to the classes and got to guzzle the left overs.  The milk was often going a little sour being left out in the sun for a number of hours before consumption.  I liked it.

When I went to Otago University in 1972, the hostel served black pudding (congealed blood sausages), liver and kidney with the bacon.  If this was to be served today there would be a riot.

What I am getting at is this: 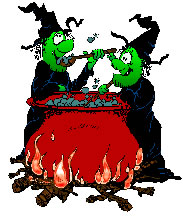 Get a big pot (not aluminium) and part fill with water.

Get 1-2 Kg of fresh beef  or lamb thigh bones (Cartilage and long bones that have been cracked or cut open) plus a chicken frame from the butcher or supermarket and toss these into the pot.

If you want to go real Paleo, add some fine pieces of chopped liver, kidney and so on.

Bring to the boil and simmer gently for several hours then serve the liquid as a nutrient-dense soup.  Use it as a stock to flavour meals.  The liquid stores well in the fridge and freezer.

Doesn't simmering for hours destroy all the nutrients?

While boiling up a broth may destroy or degrade some nutrients, like vitamin C, other nutrients, such as minerals, gelatin and proteins are massively released into the liquid.  Just to clarify: Elements, like magnesium and zinc, can not be destroyed by cooking them up in a pot.  Nothing, other than nuclear fission and nuclear fusion, are capable of changing or destroying an element.  For what may be lost from the broth much more is gained by the nutrients released.  And what may be lost can be compensated for by eating fresh fruits and veges and lean meats along with the broth.

About this website
The advice in these articles is given freely without promise or obligation. Its all about giving you and your family the tools and information to take control of your health and fitness.
at Friday, May 17, 2013