Last weekend was a huge victory: I won the 60+ category of the prestigious 85km Taupo Huka Challenge mountain bike race by a country mile.  What's more, I rode a conservative race, literally sprinting the last 5km.  Provisional results have me in 20th place overall.

To give you an idea of my improvements of recent months, the rider who easily beat me at the NZ Masters Games in February, was almost 30 minutes behind, while the person who beat me by a few minutes for the 60+ title in the 83 km Taniwha, a few weeks ago, was about 20 minutes behind this time (bearing in mind that he suffered a puncture, so lost a lot with doing repairs).

I put this latest gain in performance mostly down to getting the iodine and related factors under better control.  Athletes appear to be the worst performers on the iodine test.  Swimmers and triathletes are shockers (which means they have the most "performance potential").

Have a look at this string of articles and read carefully:
https://www.google.co.nz/search?q=gary+moller+iodine&ie=utf-8&oe=utf-8&aq=t&rls=org.mozilla:en-US:official&client=firefox-a&gfe_rd=cr&ei=hJGbUvqwFaaN8QfZ9oGwDg

The new Thyroidine test for assessing one's iodine status and the possible involvement of exposure to toxic halides (fluorine, chlorine and bromine) is proving to be a great hit.  You will note, in the articles I have written, of its importance for healthy, strong cardiac function and any ailments to do with "lumps, bumps and hard things" - tendons and bones that don't heal, for example.


This begs the question:

"How much of the slowing down which we attribute to uncontrollable ageing is really due to controllable factors, such as nutrition?" 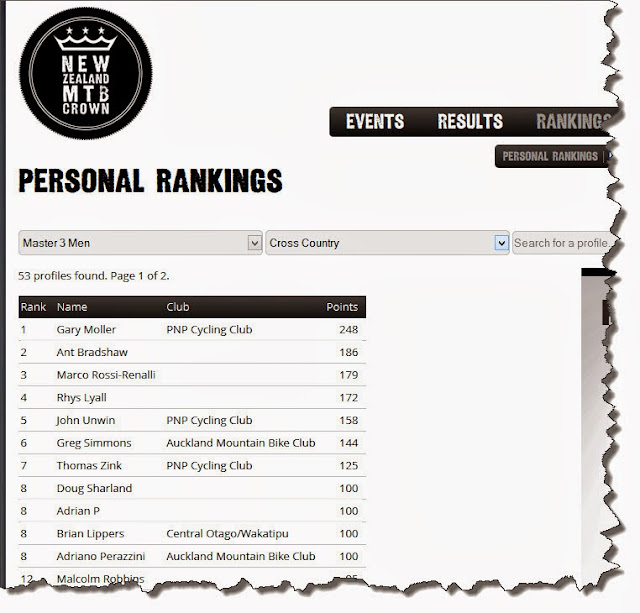 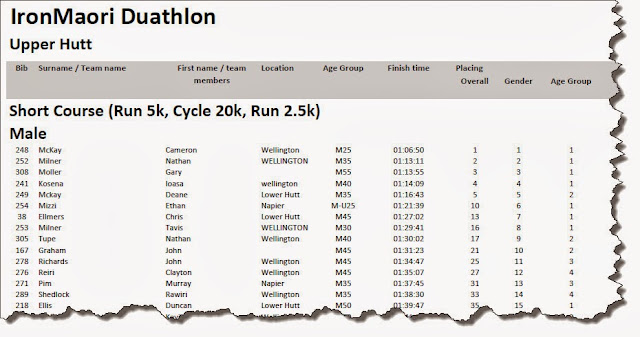 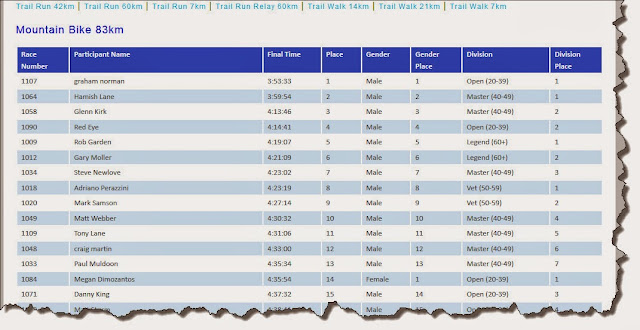 My plan was to celebrate turning 60 years by feeling healthier and fitter than I was when I depressingly turned 50.  My 60th was October this year and it was a celebration indeed!

The morning of my 60th year was celebrated with winning the 50+ age group in the Wellington mountain bike series, elevating me to overall leader in the points series.  Furthermore it had me on the top of the vet 3 age group rankings for the NZ Mountain Bike Crown.  A few weeks earlier, I competed in my first roadie duathlon in almost 30 years and managed to finish in 3rd place.

This weekend, my partner, Alofa, and I competed in the 83 Km Taniwha which is a mountain bike race the length of the Waikato River Trail.  I came 6th overall which was an astonishing delight.  It was a tough race.  Highlights, other than the exciting nature of the trail (no time for sight-seeing though!) were:

One of the surprises was the performance of vet rider, Rob Garden, who is around 63.  Gosh was he good!  He got away from me at about the 30km mark, although it appears I made up some of the ground lost later on.  He was only a couple of minutes in front by the finish.  It is good to have some competition in the 60+ group which is looking very depleted right now.  Secretly, I reckon I have the edge over him on the more technical stuff, but who knows for now?  What I do know is I am still getting faster.

Since I turned 50 years of age, I estimate that my physical work output has increased by about 25%.  That's a huge gain as one gets older because the natural course of events is to get slower with age - not faster - and definitely not 25% faster!  And that gain has been 100% without performance enhancing drugs.

Now that's better than Lance, if you ask me!

About this website
The advice in these articles is given freely without promise or obligation. Its all about giving you and your family the tools and information to take control of your health and fitness.
Candida and Fungal Infections? Gary Moller recommends you explore this programme: Click Here!
at Tuesday, December 03, 2013