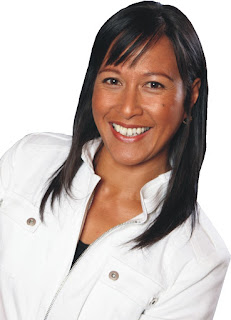 In August 2007 I was diagnosed with grave’s disease, hyperthyroidism. The affects of this was my thyroid gland was working overtime causing me to feel rundown and lethargic. My metabolism was also very high which was great for keeping weight off, however this was the result of my heart rate being constantly high which was not good for my heart as the pressure could later lead to heart attack. I also had an enlarged goiter causing my neck to look huge (photo attached). I was put onto daily medication called carbamizole to stabilise my thyroid and required to have monthly blood tests over a period of time and be monitored by the endocrine unit in Wgtn hospital.  Initially I didn’t fully understand the severity of the condition and did not want to be on daily medication, so decided not to take it but instead improve on my exercise, resting well and eating better. After my next blood test I received a call from the hospital advising my results were unreadable as they were off the charts, in fact they were a record high and I was instructed to take an extra dose of carbimazole immediately and never to refrain from taking it again as it was not good for my heart. That explained why I'd sometimes struggle to fall asleep because my heart would be beating so loudly.  The hospital was surprised I was still functioning the same, but because I'd become so used to feeling tired and rundown, I just thought it was normal.

I never missed a beat with my medication after this.  Once I got my thyroid to a good functioning level I was only required to see the specialist bi-anually.  Throughout the 6 years, as a means to remedy, I would be spoken to and on several occasions offered two options.
1. Radioactive iodine to destroy the gland or
2. Surgery to remove the gland.

Both options had other possible complications/side effects and I would still be required to take medication for the rest of my life to do the job of the thyroid. Neither option appealed nor made much sense to me, hence the years passed with me continuing to take carbimazole daily.

In March 2012 a women’s crew that I paddled for decided to compete at the Waka Ama Worlds Championship in Canada which was held later that year in August.  We had been successfully competing over the years at a high level both nationally and twice in the Cook Islands and wanted to take things to another level.

As part of stepping up our training programme and focus, we were very fortunate to come into contact with Alofa Kosena and Gary Moller. We were all working mums with busy families so the training regime of 2 sessions per day 6 times a week required us to ensure our bodies could cope and that we could perform at our optimum.  For the first time in my 40 years I started to be mindful of what I put into my body in the way of nutrients, protein and minerals.

During the course of the next 4-5 months, we carefully followed Gary's advice and enjoyed feeling strong and rejuvenated.  Our team went on to proudly win a Silver medal in the 1500m race event.
http://blog.garymoller.com/2012/08/a-letter-from-our-team-of-porirua-mums.html

Prior to departing for Canada my GP advised me to reduce my medication from 4 tablets to 2, which I agreed to do after the Worlds, however for some reason I had it in my head that I would no longer take the medication afterwards and subsequently discontinued it altogether in September.  I did however continue to follow Gary’s nutritional products, but in smaller quantities as I was no longer training.  It wasn’t until two weeks later of not taking the carbimazole that I realised my mistake. I did panic a little but waited until the end of the month before having a blood test to check.

The result was fine and again the following month I tested fine.  The next month I started to pick up my training again to purposely get my heart rate up and cause stress on my body, after that month I again tested fine.  At the end of the 4th month I saw my GP who advised me my thyroxine and triiodothyronine levels were better than they were when I was on the carbimazole!

I feel extremely fortunate as I have two good friends who had the same thyroid issues and one had the radioactive iodine and the other surgery.  They’re both on medication still and continue to feel run down and tired, along with other symptoms.

I feel better, fitter and stronger now at the age of 40 years than I did at 30 and I truly believe it’s through coming into contact with Gary & Alofa’s care.  Whatever those imbalances or deficiencies were, that was causing the abnormal response in my immune system, has been brought back into order and I’m now healed of graves disease!

Graves is known as an incurable autoimmune disease.  Like so many others this horrible disease has no medical cure with the treatment being almost as bad as the disease with regards to longterm health.  Interestingly, Graves, like many other autoimmune conditions, has an uncanny association with a history of extreme or prolonged stress as well as nutritional imbalances.  This is why we focus our attention on the adrenals and pituitary glands as much as we do on healing the thyroid.

There are many experts out there (Many with conflicts of interest, such as ties with the drugs industry) who are very quick to rubbish non-drugs solutions to health problems such as autoimmune diseases.

Naomi is one of the best examples of what can be achieved through the application of nutritional and lifestyle common-sense - plus a generous dollop of patience and persistence!  Its taken her about a year and its been a lot of fun, excitement and travel to new places.

(With a little help from your friends)

I'll finish with a word of caution:
Recovery is never complete.  There is no such thing as a complete cure with these kinds of ailments and what works for one person may not necessarily work for the next person.  We are all different, sometimes in quite subtle ways, even if we might just happen to be suffering the same disease.  Naomi must remain vigilant, ever watchful for the first tell-tale signs of slippage back into ill health.  This is especially important as the years tick by and the frailty of getting old gradually sets in (groan!).

About this website
The advice in these articles is given freely without promise or obligation. Its all about giving you and your family the tools and information to take control of your health and fitness.
at Friday, February 15, 2013