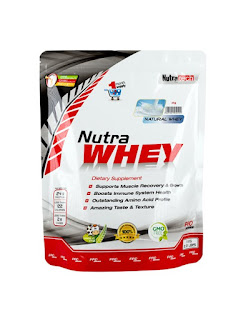 I used to provide services to the Cancer Society, working with survivors of cancer. Did so for about 10 years if not longer.
The role of diet in prevention of cancer and recovery has always been of considerable personal interest. It has become increasingly obvious just how important diet is in the prevention, assisting treatment and the recovery from many forms of cancer, including breast cancer, which afflicts so many women nowadays.
The two abstracts of studies below detail just how important nutrition may be. In these studies, concentrated whey proteins gave a surprising level of protection against breast cancer in rats and humans and even shown to cause cancer regression during treatment, possibly by rendering the cancer cells more vulnerable to chemotherapy treatment.

How much protein is optimum?

The optimum appears to be about 30 grams of whey protein per day. Here is a handy protein calculator and informative article about how much protein you may need daily:
https://fitnessvolt.com/protein-calculator/

One of the most challenging problems facing a person with cancer is the progressive loss of muscle and other lean tissue. A diet that is rich in whey and other nutrients can be the most important measure one can employ to stem this lean weight loss while undergoing treatment and for completing the long road to recovery.

The Super Smoothie is a protein drink that is easy to digest (A most important consideration when a person is infirm!) and packed with extra goodies like red berries and healthy oils.
Here is the recipe:
http://blog.garymoller.com/2015/08/my-new-super-smoothie-recipe.html

________________________________
Hakkak, R., et al. Diets containing whey proteins or soy protein isolate protect against 7,12-dimethylbenz(a)anthracene-induced mammary tumors in female rats. Cancer Epidemiol Biomarkers Prev. 9(1):113-117, 2000. A study was conducted to determine the protective effects of two common dietary proteins, soy protein isolate and bovine whey protein, against chemically induced mammary tumors in female Sprague Dawley rats. Rats were fed AIN-93G diets having casein, soy, or whey as the sole protein source. Rats within the same dietary groups were mated to obtain the F1 and F2 generations. At age 50 days, F1 (experiment A) or F2 (experiment B) female offspring (> or =19 rats/group) were p.o. gavaged with 80 mg/kg 7,12-dimethylbenz(a)anthracene, and mammary glands were evaluated when 100% of the casein-fed group developed at least one palpable tumor. Rats grew well on all three diets, but casein-fed rats gained slightly more body weight than soy- or whey-fed rats. When 50% of the casein-fed rats had at least one mammary tumor, lower tumor incidences (24%-34%) were observed in the soy-fed and whey-fed groups. When 100% of the casein-fed rats had at least one tumor, soy-fed rats had a lower tumor incidence (77%) in experiment B, but not in experiment A, and there were no differences in tumor multiplicity. Whey-fed rats had lower mammary tumor incidence (54%-62%) and multiplicity than casein-fed rats in both experiments. These results indicate that diets rich in soy protein reduce the incidence of chemically induced mammary tumors by approximately 20%. Furthermore, whey protein appears to be at least twice as effective as soy in reducing both tumor incidence and multiplicity. Kennedy, R. S., et al. The use of a whey protein concentrate in the treatment of patients with metastatic carcinoma: a phase I-II clinical study. Anticancer Research. 15(6B):2643-2649, 1995. Glutathione (GSH) concentration is high in most tumor cells and this may be an important factor in resistance to chemotherapy. Previous in- vitro and animal experiments have shown a differential response of tumor versus normal cells to various cysteine delivery systems. More specifically, an in-vitro assay showed that at concentrations that induce GSH synthesis in normal human cells, a specially prepared whey protein concentrate, Immunocal, caused GSH depletion and inhibition of proliferation in human breast cancer cells. On the basis of this information five patients with metastatic carcinoma of the breast, one of the pancreas and one of the liver were fed 30 grams of this whey protein concentrate daily for six months. In six patients the blood lymphocyte GSH levels were substantially above normal at the outset, reflecting high tumour GSH levels. Two patients exhibited signs of tumor regression, normalization of hemoglobin and peripheral lymphocyte counts and a sustained drop of lymphocyte GSH levels towards normal. Two patients showed stabilization of the tumor, increased haemoglobin levels. In three patients the disease progressed with a trend toward higher lymphocyte GSH levels. These results indicate that whey protein concentrate might deplete tumor cells of GSH and render them more vulnerable to chemotherapy.
at Thursday, August 30, 2007